Topics in Subtropics
sitenum=217
A collaborative blog by UC farm advisors and specialists in subtropical horticulture in California.

According to the latest USDA Foreign Agricultural Service GAIN Report (Global Agricultural Information Network), the European Union is still a major citrus producing area. EU citrus production is concentrated in the Mediterranean region. Spain and Italy represent the leading EU citrus producers, followed by Greece, Portugal, and Cyprus. For MY (October/September) 2018/19, Post expects overall citrus production to grow mainly in Spain due to favorable weather conditions. The quality of the fruit is forecast to be excellent and EU domestic consumption of citrus may stay flat in 2018/19. EU lemon production is forecast to grow 10 percent and is stable compared with previous estimates. The overall growth is due to the strong production rise expected in Spain, the largest lemon EU producer. According to the latest data from the Spanish Ministry of Agriculture, Fisheries, and Food (MAPA), Spain's 2018/19 lemon production is forecast at 1.1 million MT, an increase of 19 percent compared to the previous year. Favorable weather conditions resulted in good flowering and fruit setting. In addition, in recent years Spain has increased its total planted area for lemons. Fruit quality is forecast to be excellent. ‘Fino' lemon is expected to increase by 14 percent due to the entry of new plantations over the last years. ‘Verna' lemon is expected to rebound; increasing by 90 percent as production of ‘Verna' lemon in the previous season was shorter than normal levels. Spain will continue to consolidate its leading commercial position in Europe with quality and phytosanitary guarantees. Following Argentina, Spain is the second largest lemon producer in the world but the first global exporter of lemons for fresh consumption. Spanish lemon production is concentrated in the regions of Murcia and Valencia, and the Provinces of Malaga and Almeria in Andalusia. ‘Fino' and ‘Verna' are the leading lemon varieties grown in Spain, accounting for 70 and 30 percent of the total production, respectively. The ‘Fino' variety is predominantly used for processing. So far, Asian Citrus Psyllid and HLB are not a problem in the lemon producing areas of Spain and Italy. Read more about the citrus industry in the European Union – oranges, grapefruit, mandarins, fresh, processed, policy, export issues, MRLs and tariffs.  Fascinating stuff and the potential impacts it has on California growers and production.

And what about what's going on in the Moroccan citrus world, right next door to Spain? 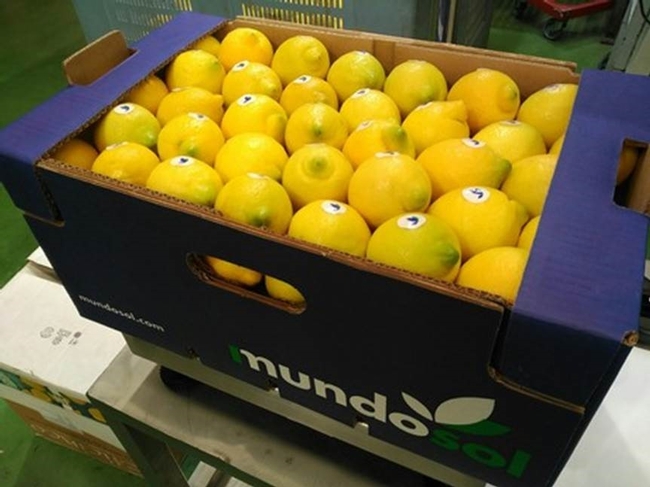