Published on: July 10, 2019
Each summer I anticipate the annual return of a dragonfly to my backyard patio-pool area. Like clockwork, this Odonata anisoptera appears, perching atop a narrow 3' high metal garden trellis, surveying the pool before zooming down to encircle the water. Its reddish salmon colored body (head, abdomen, thorax) and transparent red-veined wings are but a blur as it flits through the air, hovering, diving, swooping up its prey.
Whether this same dragonfly comes back year after year, I can't really say. And this year, with a new 30x optical zoom camera in hand, I manage to capture a closeup. While reviewing a download of the photographs, I can definitely say that I am riveted by what I see — and also by what I later learn about dragonfly wings during my brief research.
Here's a cursory glance at what I found.
Dragonfly wings come in all shapes, patterns, and sizes. Australian entomologist Dr. Dan Bickel theorizes that the different colors and patterns allow desired mates within each species to attract and recognize each other. As dragonflies age, color dulls.
Check out the various dragonfly wings displayed on this site:
https://www.pbase.com/rcm1840/wingpatterns
Dragonfly wings vary in appearance from transparent to glassy or brightly colored to metallic. Insect curator with Australia's Museum Victoria says what holds together the wing's vein structure is chitin (pronounced kite-en), a thin shiny film which is a starch variation that makes up the exoskeleton of most insects. Dragonfly wings that appear smooth, glassy and reflective are due to not only lack of pigment but also the extreme thinness and translucence of the chitin.
To appreciate the diversity inherent in dragonfly wings, the following website created by freelance photographer Greg Glasley featuring North American dragonflies is worth viewing: http://www.greglasley.com/dragonnoramerix.html
Dragonfly wings have intrigued scientists and artists since the 1500s as reflected in sketches by Leonardo di Vinci. Today's entomologists, biologists and mathematicians are exploring the dragonfly's wing structure asking if respiratory tubes exist within the wing veins and creating 2D wing images to study the geometry of the complex networks of secondary veins “partitioning the wing into hundreds or thousands of small simple shapes.”
See article by Harvard researchers, “How dragonfly wings get their patterns athttps://www.sciencedaily.com/releases/2018/09/180917153659.htm
For a quick overview of German entomologist Guillermo Ferreira's theory on why the wings of South America's “blue” dragonflies only “appear blue,” visithttps://www.sciencenewsforstudents.org/article/could-dragonflys-wings-be-alive-and-breathing
As I continue to search for the correct identity of the riveting red wing dragonfly who frequents my backyard, I remain intrigued by this insect's wings. A double set of wings that can flap about 30 beats per second. Wings that operate independently of each other. Wings that can propel the dragonfly up, down, back, forward, and side to side, in addition to hovering. Intricately patterned wings that are absolutely gorgeous. I wonder what entomologists, biologists, and mathematicians will discover in the years ahead.
Additional resources:
To download a PDF file of the “Field Guide for Migratory Dragonflies,” visit
http://migratorydragonflypartnership.org/uploads/ROOT/File/MDP-field_guide.pdf
To view photos of red wing dragonflies common to Arizona, log on to
http://azdragonfly.org/species/mexican-amberwing
See Kern County dragonflies at: http://www.kern.audubon.org/dragonflies.htm 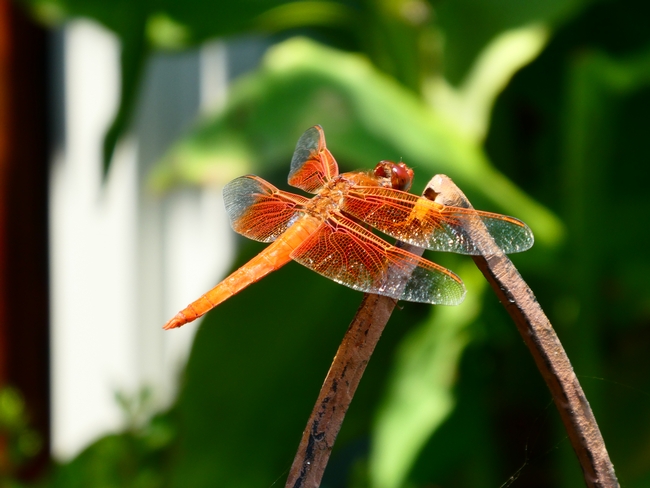 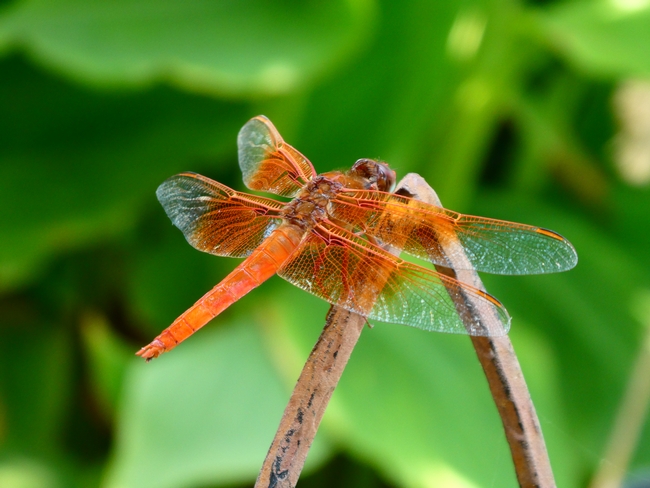 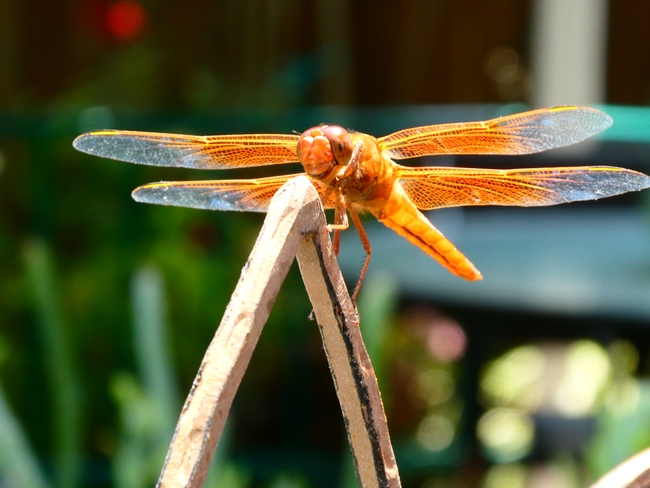 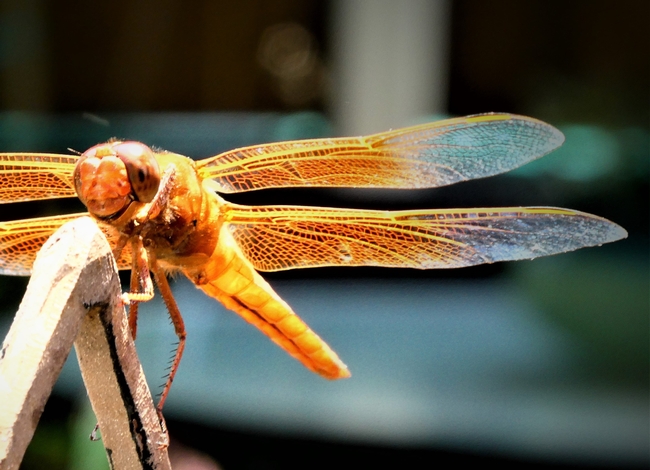 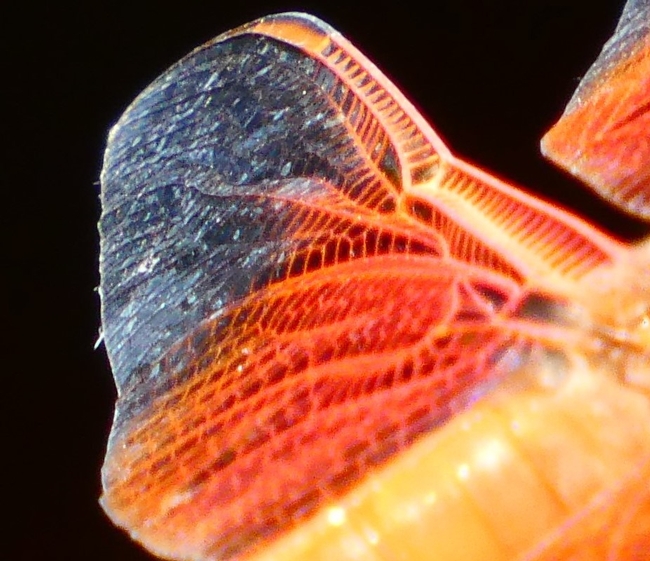 Comments: 1
Comments:
by Howard Fitzpatrick
on July 13, 2019 at 6:56 AM
Thank you for this very interesting post.
Leave a Reply: